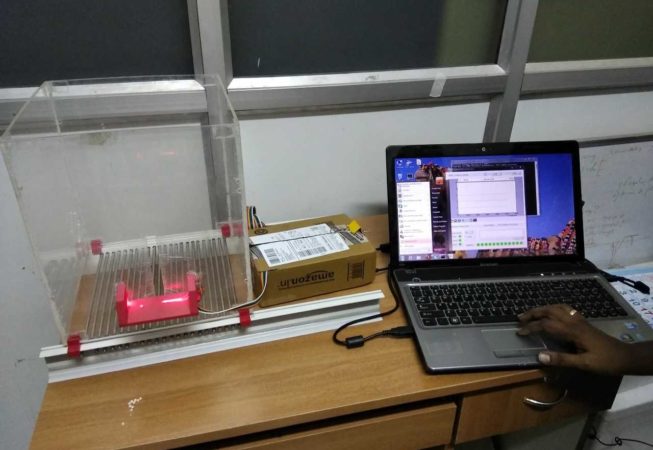 This project is being done under the guidance of Prof. Madhav Rao (IIIT Bangalore) and Dr. T Rao Laxmi (National Institute of Mental Health & Neuro Sciences). The device is built around a reaching chamber. The device automatically detects various stages in the hand movement, the orientation of the animal when it tries to reach for the food. It provides a timeline of stages which when compared with brain activity could be used to study the brain of the animal.

The detection of the limb stages is done with the help of laser beams, the orientation of the rat also is detected. This setup will mainly be used to study the differences in reaching effect before and after a stroke.