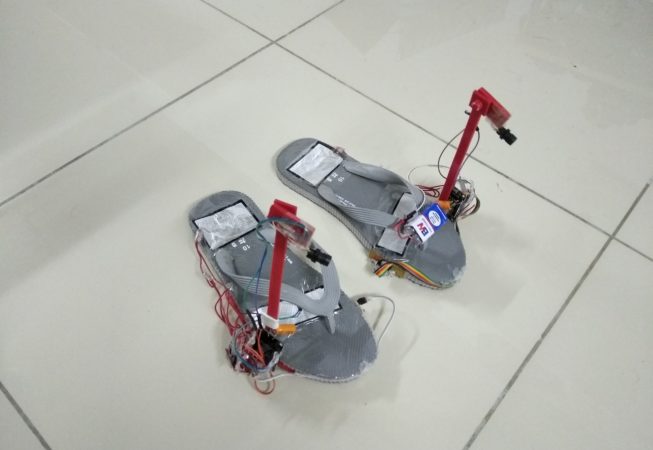 Freezing of gait is one of the most common symptoms of Parkinson’s disease. As a result of this the person is unable to initiate/re-initiate the gait easily. We hypothesised that providing external cues to the person including an obstacle to cross, audio/visual cues, haptic feedback etc. would make it easier to re-initiate the gait and improve the quality of walking as well.

The first challenge was to detect the freezing of the gait itself. We explored various methods, like using inertial sensors, pressure sensors etc. We used sole pressure changes to predict the movement of the person and to detect the freezing. Once the device detects that the person has frozen, necessary cues are provided in an orderly fashion to help unfreeze and continue the cueing system to a point until the normal gait is achieved.

Three devices in the form of wired-sandals, wireless-flip flops (in the image), wireless socks were developed. Initial preliminary testing of the devices showed improvement in the gait of the wearers. However extensive clinical testing has to be performed.